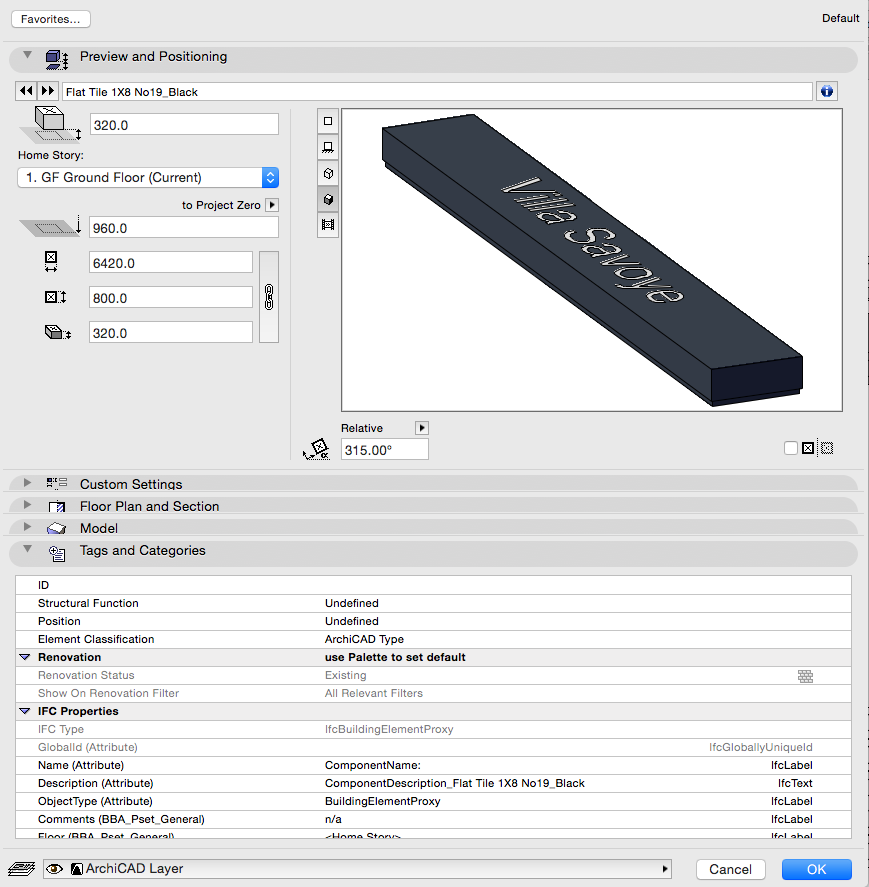 A building information model is typically constructed using two methodologies. The first is to model using tools designed to construct specific types of elements. For example a Wall tool is used to build a Wall or a Roof tool used to build a Roof. These tools are built-in to most authoring tools. The second methodology is to use objects. Objects can be both static (i.e. they are dimensionally fixed in height, length and width and are fixed in their settings) and parametric (i.e. can be a single object used for various dimensional requirements / settings).

In order to build the Lego Villa Savoye model the first thing that needed to be done was to construct all the objects needed within the set. As mentioned already there are a variety of ways of doing this. (i.e static or parametric). For this project the objects are all modelled as static objects. Part of the reason for this approach was because I wanted to use the object names to drive much of the data that could be attached to the objects.

Once the object sizes had been determined then the objects could be modelled. This was done using ARCHICAD’s Morph tool which allows the user to draw shapes and then push and pull these as required. A similar approach would be conducted in Trimble Sketchup. This modelling technique is a very straightforward process and requires no coding knowledge.

Having completed the modelling, each Lego component could be saved as an object. The objects were each saved with the Name and Colour of the object. Below is an example of one of the objects in the ARCHICAD Object dialogue.

Image: An object example in ARCHICAD

In order for objects to be easy to find within a model file they are typically ordered within a library. The structure of these libraries assists the model author in finding the required object to place into the model they are constructing.

Approaches to libraries varies by software so this part focusses on how this works in ARCHICAD. Whilst the approach will be different in other tools the principle of libraries and objects is largely the same.

For ARCHICAD libraries, the objects are placed in folders within a main library folder on a server. The organisation of these can vary as required and obviously this project the approach is very bespoke!

The library for this project has been organised by how users typically would approach a Lego project which is to focus their attentions on the colour of the piece they are looking for.

Each folder contains one of each type of object. For this project we have simply created one object for each type so each object name will appear in the library. For example their are 17 types of Black pieces and you will see each one in the image below.

However we could have taken a different approach and created less objects that were fully parametric. In fact we could have created only one object (using GDL programming in ARCHICAD) that could have had its settings adjusted to provide each geometry shape and colour we required. This requires knowledge of a specific programming language. This is incredibly powerful and can result in much smaller libraries. However like all the posts in this series I wanted to keep all the concepts simple to explain to lay people so I have not covered more on GDL programming here. 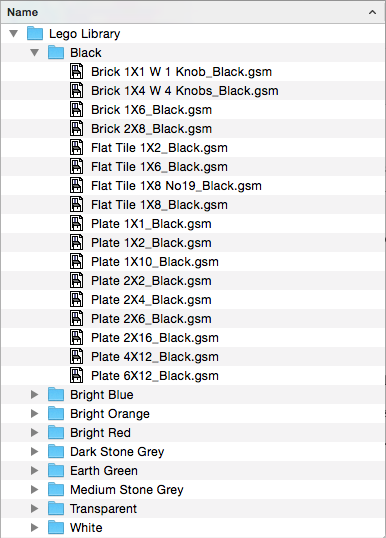 Image: The ARCHICAD library structure on a server showing the folders and the Black objects placed in the correct folder 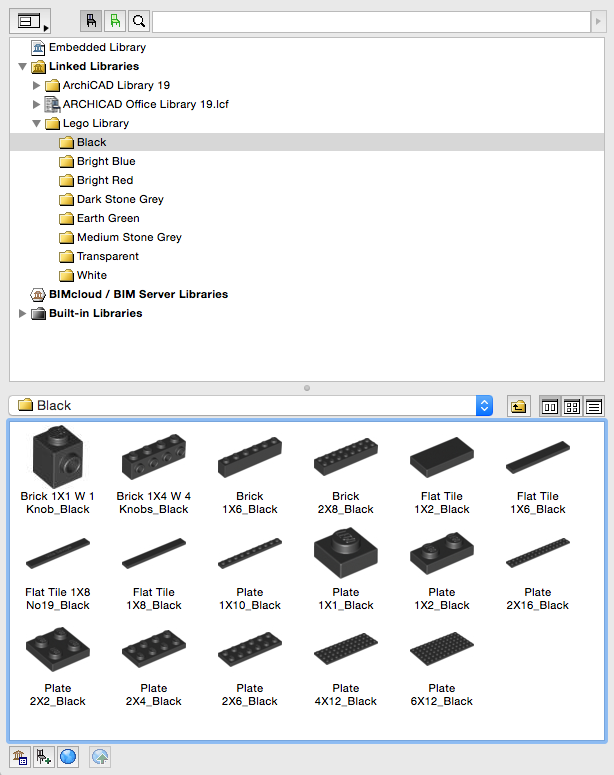 Image: At the top are the libraries loaded into the file and below are the objects within the Black folder that a user can place into the model 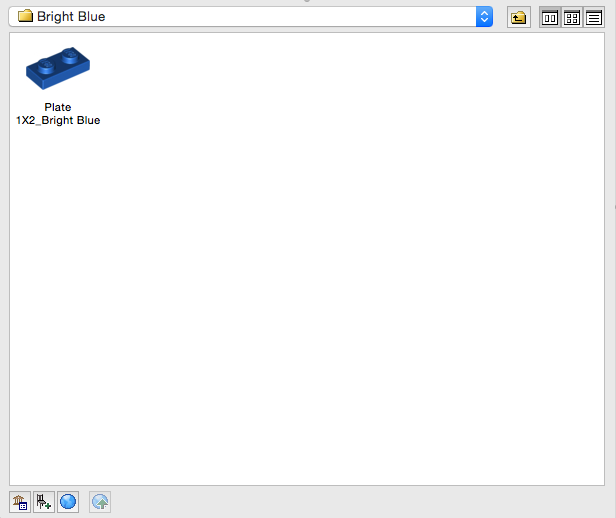 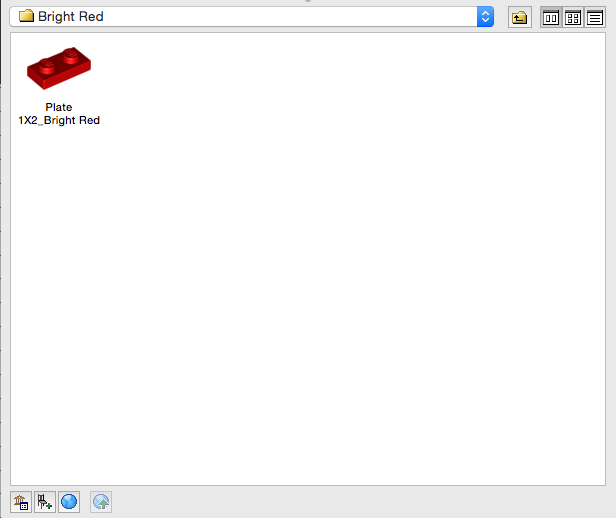 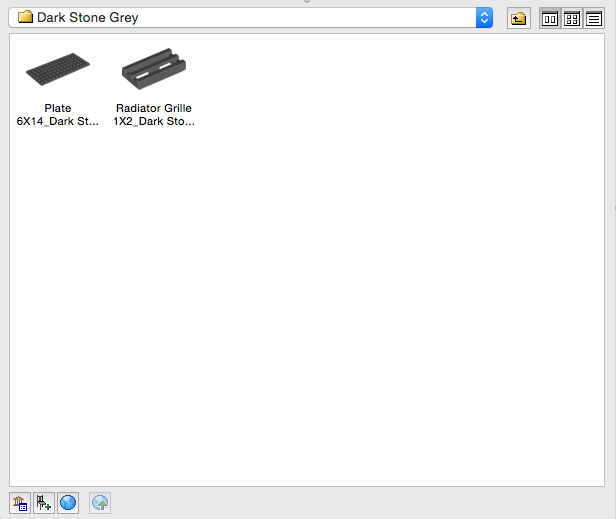 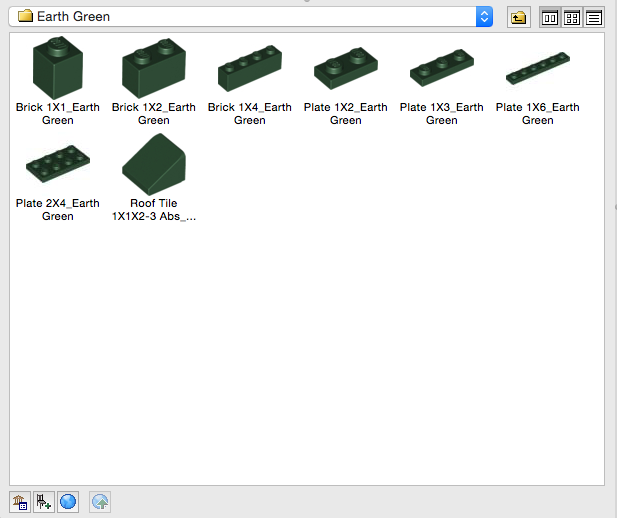 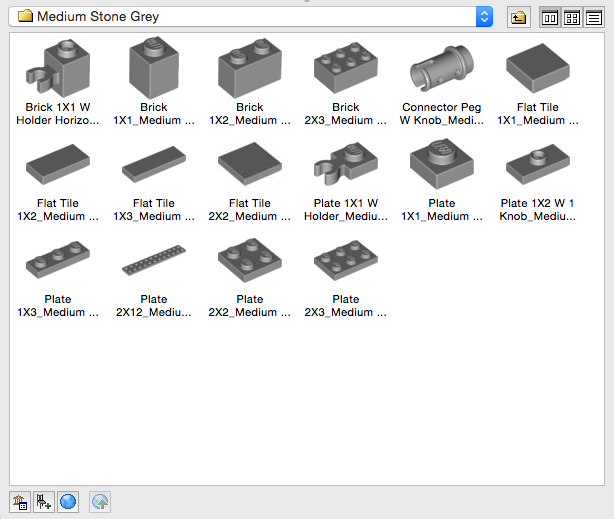 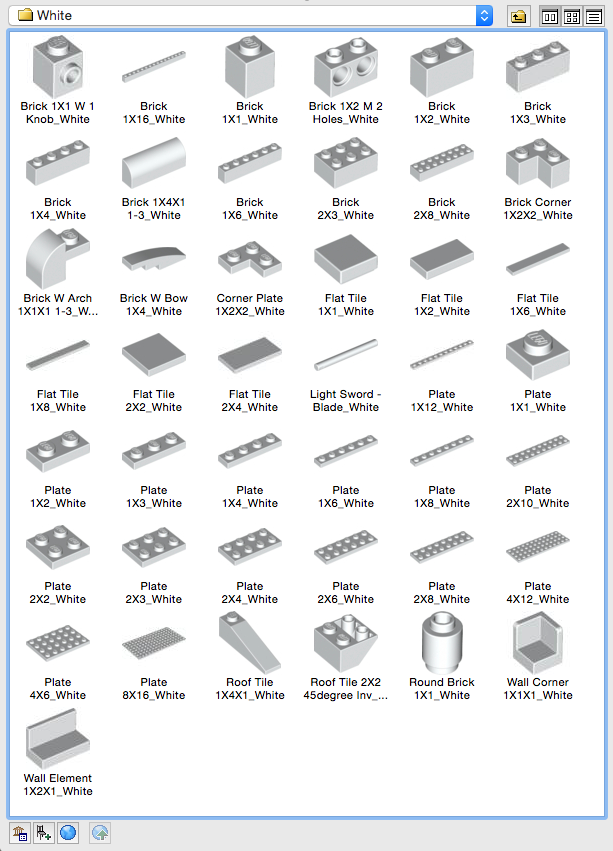 Well organised libraries and logically named objects form a crucial part of building information model files. Whilst there are obvious benefits to well organised and well constructed objects the real benefit will be to others in the process.

We are happy for others to share our blog pieces through all social media platforms. You may include links to the original blog pieces and use part of the blog to then provide a link to the original content. However we would appreciate it if the content is not reproduced in full on other sites or publications without written consent being granted by Bond Bryan.

This policy is subject to change at any time.

LEGO and the Lego logo are trademarks of the LEGO Group. Any trademarks, service marks, product names, corporate names or named features are assumed to be the property of their respective owners, and are used only for reference, without intent to infringe.