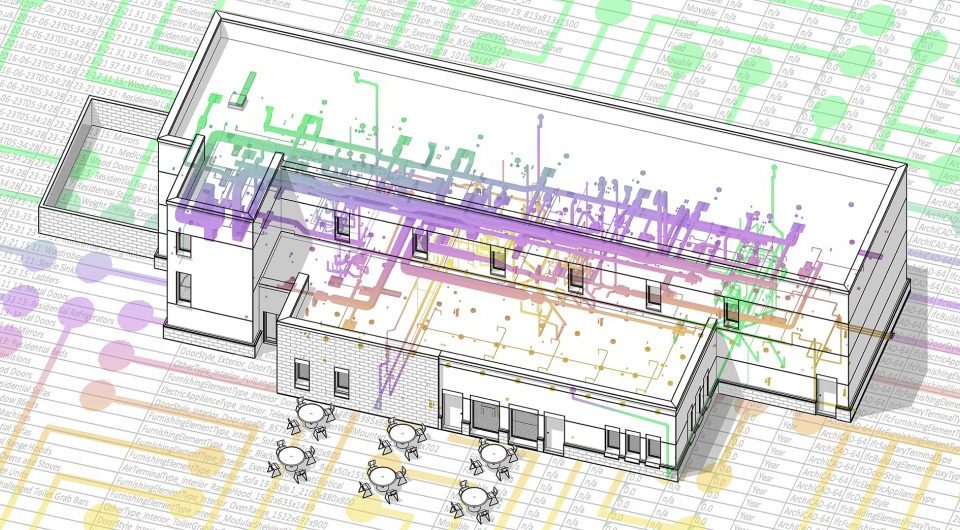 Service: This project was initially developed between Bond Bryan and Bill East (Prairie Sky Consulting) who is the creator of the COBie standard. An architectural model was developed in order to create an open format model (IFC) that allowed the production of COBie.

The project successfully demonstrated that GRAPHISOFT ARCHICAD could create a fully-compliant COBie file. From this, a book was produced explaining the process of creating and delivering a viable COBie file.

This project won Best BIM Project at the Construction Computing Awards in November 2016 and won an honourable mention at the buildingSMART International Awards 2017.

Bond Bryan Digital were employed for reconfiguration of client information requirements around open standards, mobilisation and training of model authors for information delivery.

Sheffield City Council – Heart of the City II, Block A

“Our experience of working with Bond Bryan Digital has been very positive and they have used a ‘jargon-free’ approach to discussing our requirements. As well as completing a detailed audit of our resources, Bond Bryan Digital led a series of ‘discovery’ workshops with a range of stakeholders from across the organisation and synthesised this into an accessible, yet detailed, report on our organisational maturity compared to ISO19650 standards for Information Management.”

“Kier work closely with Bond Bryan Digital on a variety of fronts, they are very knowledgeable, productive and collaborative, bringing value for our organisation and clients through better information management.”